‘Barre class’ might conjure up images of point shoes, unimaginable flexibility and zero percent body fat. Maybe even a tutu or tiara.

This is Spark Barre, however – throw all those thoughts away. The ballet-inspired fitness class is more likely to include Rihanna, bare feet, and booty-shaking. It’s open to everyone and the chances of seeing a point shoe are slim-like-a-ballerina to none.

Spark Barre, for the uninitiated, is the newest fitness trend to hit Grande Prairie and its bearer, Melissa Nonkovic, is keen to make sure it’s clear – you do not need to be a dancer to join. 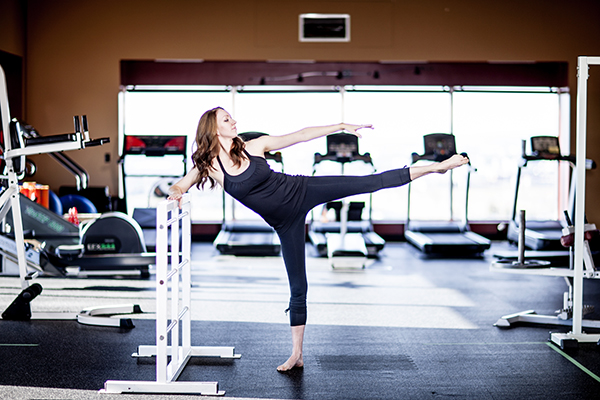 “No tutus required,” she says. Nonkovic is no stranger to such outfits as a lifelong dancer: first in ballet at the GP Dancer’s Academy and eventually in a variety of disciplines as a professional dancer on cruise ships. However, now a mom and a dance instructor, she was happy to discover a ballet-inspired class for the masses.

“It blends ballet, pilates, and yoga,” the 32-year-old says. Nonkovic first encountered barre classes in 2011 in the United States, where it’s been a fixture on the fitness scene for nearly a decade. “As an ex-dancer, I was obviously intrigued,” she says. Nonkovic became certified on Dec. 31, 2013 and started offering classes to the public immediately.

The style of class is known by various names but most popularly in the States as Booty Barre. Novkovic went with ‘Spark Barre’ instead. “It’s a full-body workout, it doesn’t focus on just one, um, specific body part,” she says, smiling.

The class targets all the muscle groups and includes working with props, time at the barre, pilates moves and yoga positions. “Barre class is for building longer, learner muscles while maintaining flexibility,” Nonkovic says. It’s very much focused on proper alignment – the pilates influence – but still fast-paced and bouncy – hence the Rihanna.

It’s not just for women, either. Nonkovic’s husband accompanied her to classes in the United States and “he was really impressed with the workout he got,” she says. The classes will be tailored to the attendees. “If there’s a gentleman in my class I might not make him do splits or pelvic thrusts,” she laughs. 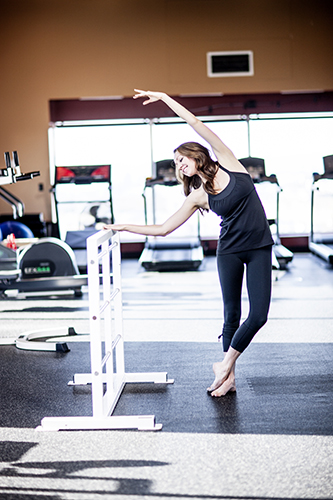 Jodi Peebles has attended several of Nonkovic’s classes. A former dancer with three daughters now taking lessons, Peebles says she’s a fan of Spark Barre. “It targets all the muscle groups and I do love that it has that element of dance to it that I’ve been missing.”

Janet Barker was another newcomer to the classes, and to dance in general. “I was happily surprised that you didn’t need to know ballet moves,” she says. “I could keep up and it was a great workout.” Barker says she liked the ballet infusion. “I didn’t dance as a child and I have no anticipation of becoming a ballerina but it was fun feeling fancy on the barre.”

Classes will be taking place at 212 Degrees, a boutique fitness studio in 214 Place, downtown. Weekly schedules and rates are available at www.my212life.com. 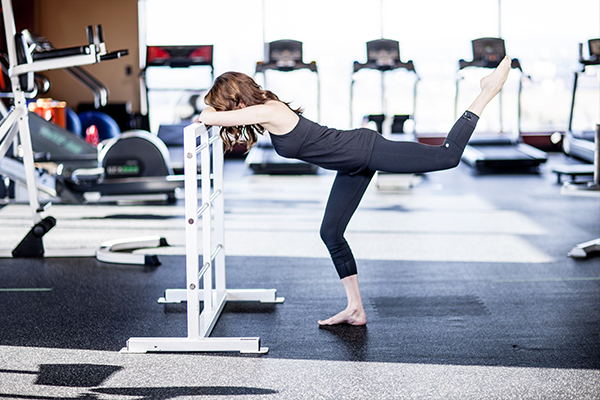 Established in January 2014, Spark Barre gives Grande Prairie a new way to keep in shape with fusion fitness classes that combine pilates, dance, and yoga. When seeking out a fresh, modern brand for her business, owner and certified barre instructor, Melissa Nonkovic, came to imageDESIGN to build an identity for her exciting business.